Posted on November 4, 2015 by Janet Janet Von Hammer
The 10th Annual FFF Music Fest is all lined up to entertain and lure thousands of people to Austin again. The are  many music festivals in Austin Texas now, and they all seem to blend together one after another. Fun Fun Fun will take charge of Auditorium Shores again this year starting November 6th (Friday), 7th (Saturday) and 8th (Sunday) leading to sunburns, dust storms and hipsters as far as the eye can see. The thing about festivals and Austin is most people who live here … can’t afford to go to them.
Being a long time resident of Austin, I will not be attending.
For those of you who are though, here are a few things to look for. 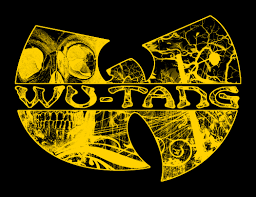 The Blue Stage:
This year the blue stage has a Rap, Dance sort of theme going with the major players being the Wu Tang Clan who always put on a hell of a show. Below are some of the other bands to look for.

Big Freedia, an explosion of New Orleans Bounce music which Big Freedia himself leads you through New Orleans style.  The costumes are spectacular, the music will make your toes tingle which we all know leads to you getting down Soul Train style. He is an experience to behold, and he knows it. 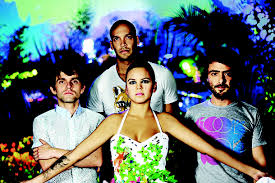 Bomba Estereo, from Columbia, a psychedelic jazz dance mess that is really catchy. 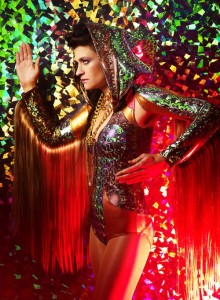 Peaches, “Fuck the Pain Away” I think that pretty much says it all.
The Orange Stage: 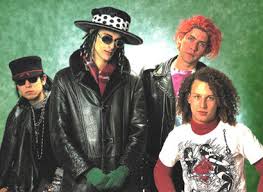 This is the big deal stage, these are the bands that make the money to pay the rent and hike the ticket prices.
Janes Addiction playing “Ritual de lo Habitual” in it’s entirety, You all owned at least one of the records, your girlfriend in the nineties cried when they broke up, but let us not forget that the summer musical festival was brought back to America by one man, Perry Farrell. 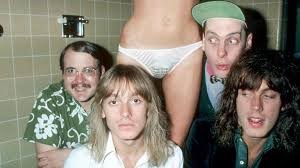 Antemasque, rises from the ashes of At the Drive In and the Mars Volta in this new band with Omar Rodriguez-Lopez and Cedric Bixler Zavala. They have returned to a much more rock oriented sound, and it’s good.
The Black Stage:
This is the stage where you go to find your people, the bands that play on this stage are loud and fast. Come wander through the sea of beards, jean vests and depending on the weather, the ever popular bandanna over the face. 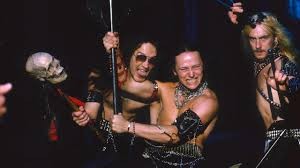 Venom, yes that Venom, in their only show in the United States and you need to watch them or Cronos will have to tell Satan you weren’t paying attention. Long live Black Metal! 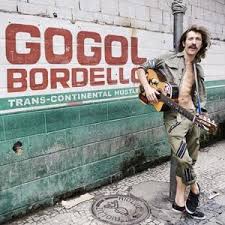 Gogol Bordello, a great band with a great show. I dare you not to smile and sing along even though you may not know all the words. Led by one of the most intelligent and well spoken men in America Eugene Hutz. 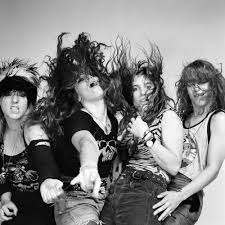 THE BIG REUNIONS on The Black Stage!
L7, punk rock ladies and the men who love them, which includes John Waters.
Babes in Toyland, Nineties noise done to perfection.
Dag Nasty, Discord band gets back together for one show, and this is it.
Drive Like Jehu, part Rocket from the Crypt and Tanner, hailing from San Diego CA, playing amazing music, in a minor chord, LOUD.
OFF!, punk rock supergroup, incredible music, played incredibly and never ever disappointing. To see them live is to take a trip back to the punk shows of the 80’s.
Mutoid Man are a new band who we really like, Jesse say’s it’s headed by the kind of guy who makes him crazy, he can play really intricate leads and has a really good voice. Damn Him!

So these are the reasons I would go to FFF fest if I could afford to. So this bears to mind the title of this article, is it really fun fun fun or is it truly fuck fuck fuck you Austin Natives because we are only here to entertain people who make at least 20 dollars an hour (which I used to) and can afford to buy 3 dollar bottles of water and 10 dollar cans of Miller Lite. It is the question I put to you. Am I bitter… you bet your ass.