Posted on September 11, 2013 by RankandRevue 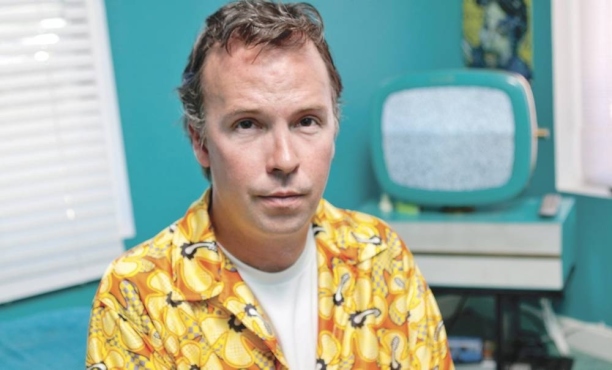 Crowley: I just saw the trailer for the Andy Andrist video. It looks amazing. What has the feedback been like?

Stanhope: That’s Andy’s thing. I was honored just to be a part of it. I’ve known him for years and he’s told me stories many times about being molested as a child. When he came to me with the idea of tracking the guy down in Florida and confronting him on video, I didn’t think there was any way we’d find the guy, or be able to get him to talk to us. The way it turned out is pretty amazing, and I’m happy for him. But yeah, that’s his thing.

Crowley: Any thoughts on Colorado and Washington legalizing recreational use of marijuana? Have you been to either state since legalization? Do things seem any different there?

Crowley: You’ve earned a reputation as a hard-living, hard-partying road comic. Think you’ll ever see your name in the Celebrity Death Pool?

Stanhope: Yeah, of course. We all will. That’s the point. I’ve learned a lot since doing that. Like, you want to bet on prostate cancer over breast cancer, because the survival rate of breast cancer is higher. It’s like a bunch of old men sitting around at the dog track, but instead of betting on which dog will place they go for the long shot.

Crowley: Ever think about retiring or slowing down?

Stanhope: Yeah, I think about everything all the time.

Crowley: What’s the story behind getting banned from Cap City Comedy Club in Austin? Any other clubs you’ve been banned from and why?

Stanhope: Oh God, that’s so boring. Well, I was doing 2 shows a night and they added a 3rd, midnight show called the Blue Show. It was supposed to be dirty. Well, I can’t get much dirtier than I already am so I said ‘Fuck it’. The first night I went up and did my set nude. The second night, I went up nude and got the box office girl to shave my balls. Then I got banned. It worked out though, because now I get to work bars instead of comedy clubs, and I make what I’m worth instead of the shitty Cap City rate. 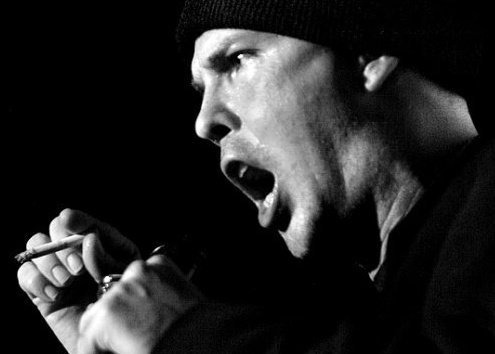 Crowley: Who was the first stand-up comic you remember hearing on record or seeing on TV?

Stanhope: The first one I remember was Bob Newhart, or Bill Cosby on record. I used to repeat Bill Cosby jokes to my Dad in the bathroom.

Crowley: Who was your biggest influence as a young comic?

Stanhope: Dice, no doubt. I used to recite his specials verbatim. At the office where I was working at the time, this guy I worked with asked me to open for his band and I had to tell him that those weren’t my jokes, they were Dice’s.

Crowley: Joke stealing…has it ever happened to you? Do you think the documented cases are legitimate or overblown?

Stanhope: Yeah, there was a bit I did on No Refunds about abortion. I don’t even want to say it, I’m sure you already know. This guy took it and did it on a special. I don’t care. Once I record a bit, I’m done with it. If Dane Cook wants to rip me off, go ahead! It was already on Showtime, fuck face. 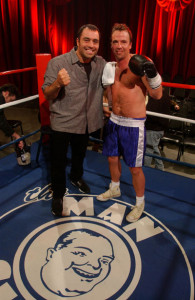 Crowley: Were you happy with how the episode of Louie you starred in turned out?

Stanhope: Well, yeah. I’m not really into acting. Being there and working with Louie made it easier. I think it turned out pretty good. I just don’t think I’m a very good actor.

Crowley: Do you think the Stanhope / Rogan era of The Man Show will ever be released on DVD?

Stanhope: I saw the other day that it’s out on Hulu now. I have the master tapes. I meant to put them up on Ebay. Guess no one will want them now that they’re on Hulu. I just want them out of my house. Comedy Central will never put them out.

Crowley: Any upcoming shows or releases that you want to let people know about?

Stanhope: I’m overdue for the one I’m working on right now. It was supposed to be shot in Cincinnati. Who knows? By the time we actually get around to shooting it, I’ll probably have lost interest. Other than that, I’ll just be showing up in fine cities like yours at places like Red 7.