My first time “shooting” at the Austin 360 Amphitheater was on the horizon. Sure I had been out to the F1 facilities prior for things like X Games, so I was already familiar with the layout somewhat. However this go around I would be getting to an almost empty park and trying to follow vague directions on how to park in the “support paddock” which entailed driving under a couple of overpasses (the overpass being the F1 track). My first attempt landed me in a paddock alright, but it apparently was the wrong one as my asking the shuttle bus driver confirmed… “naw, you passed it, it’s over there” pointing in a general direction. The promised “signs” apparently never made it up, but luckily as I was driving over to that area, in this tiny cyclone fenced in area I saw a couple of photogs milling about their trunk and zoomed over to the promised land. 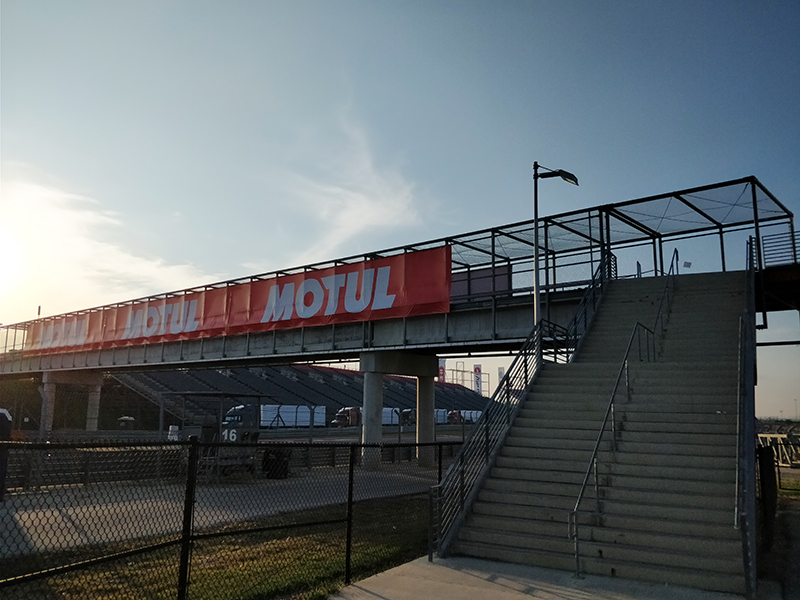 Now that I had successfully FOUND the place, photo pass was procured and across the pedestrian bridge was the promised land. First up on the bill was WARPAINT, an indie rock band from LA circa 2004.  Some of the tags are art rock, dream pop and so forth.  Basically rock w/ lushy undertones. The band popped up on the map w/ their 2007 Frusciante mixed “Exquisite Corpse”.

They’ve put out something like 4 albums since and are currently touring on their 2016 release “Heads Up“.  Although they had a dude on drums to begin with, their present form is an all girl band. So let’s take a listen to something a bit more current shall we.

So there ya have it…they put on a good show as folks were settling into their set under the gorgeous Austin setting sun. The band was spread all across the stage, being pushed in front of Depeche Mode’s obvious huge set up. Drummer all the way left with the rest of the band spread across in a straight line.  They made the best of cramped quarters and their lush rock sound was a perfect lead up to DM. 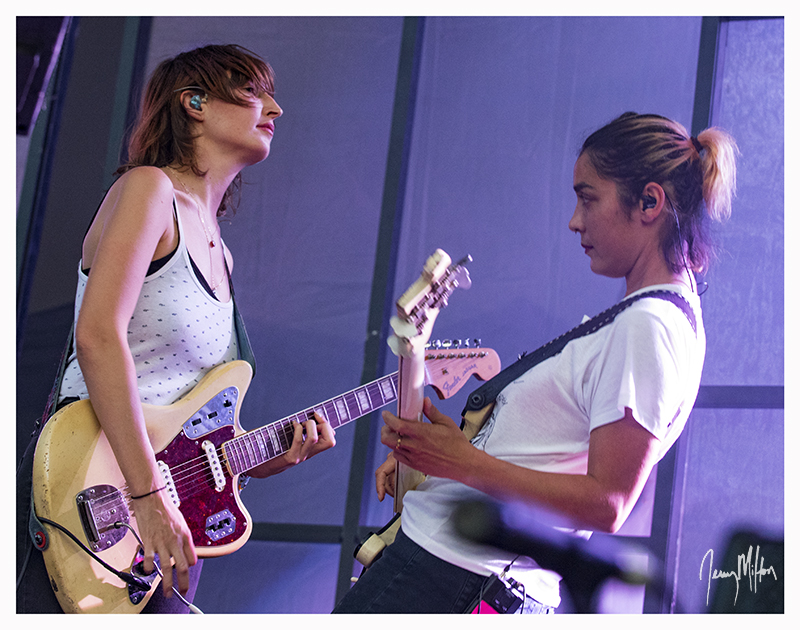 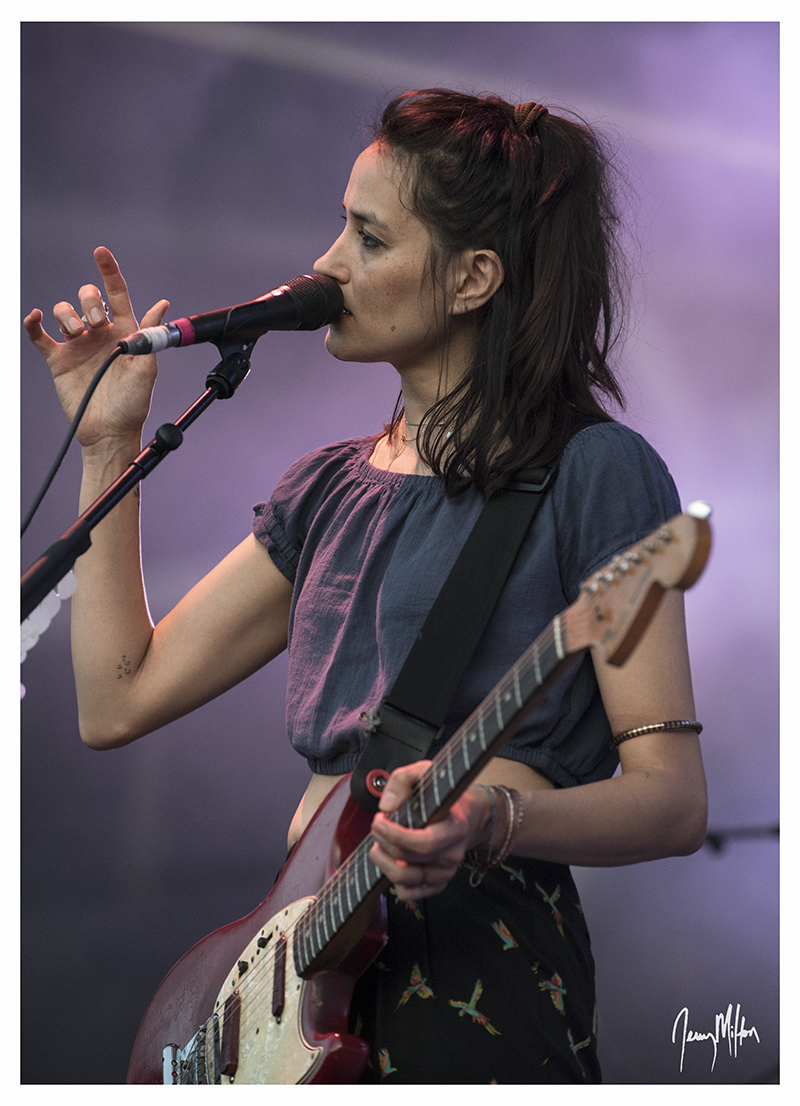 A pretty quick set change, since all they had to do was clear out Warpaint’s shit…and it was on to the main event of Depeche Mode. While we waited in the photo pit for the band to appear, entertainment was provided by the drunk Mom in the front row being threatened with removal while her teenage son apologized to everyone around him for her behavior. Good times !

The set started off w/ a LONG animation of marching boots. I liked to have thought it would never stop and BOOM, they were on stage going right into “Going Backwards” followed by “Barrel of a Gun”.  Most of the stage antics were provided by a never sitting still David Gahan. 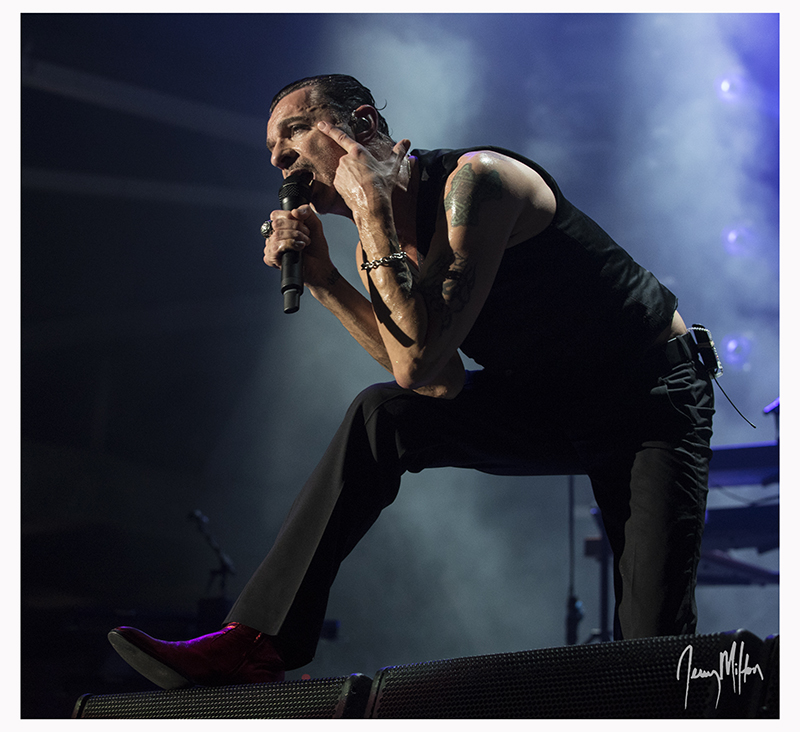 Are you a young pup who didn’t grow up with MTV? So it isn’t so. Me, I was in High School when MTV hit…so let me take you back to the early 80’s….and a certain song that was in heavy rotation at the time by the VJ’s.  Yes VJ’s. Martha Quinn, yo.