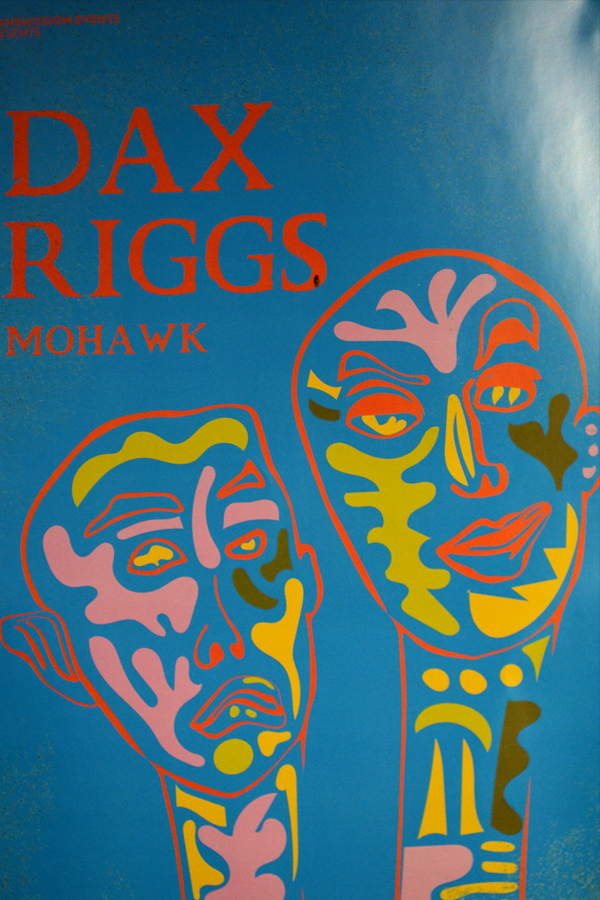 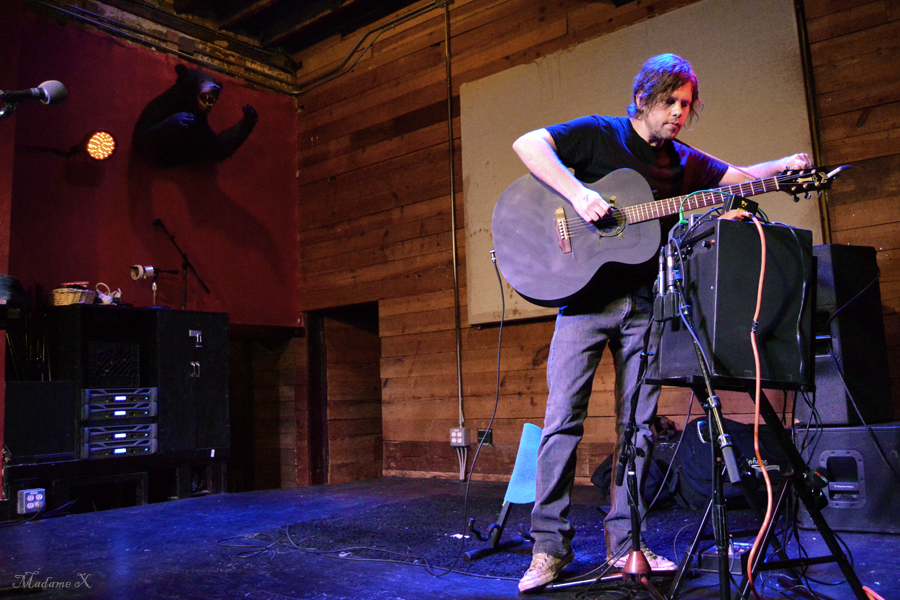 The first time I was introduced to the name Dax Riggs was at a record shop in New Orleans, Louisiana. A clerk played Acid Bath’s “Paegan Love Song” on the sound system and from that moment on I was obsessed. That bourbon smooth voice, the haunted lyrics and the groovy, sludgy chords melted my heart in a bath of acid. Acid Bath is no more, but you can still hear that voice wailing morbid lyrics through living flesh. On Saturday, June 6th 2015, Dax Riggs performed as a solo artist at Mohawk for a small audience of perhaps 50 to 100 people in the simmering Texas heat. For Dax’s loyal followers an Acid Bath reunion is a pipe dream. His own sound has evolved to a softer, indy-folk lullaby in comparison. But in the lyrics and the perfection of sound Dax lives on as the tortured soul we adore. 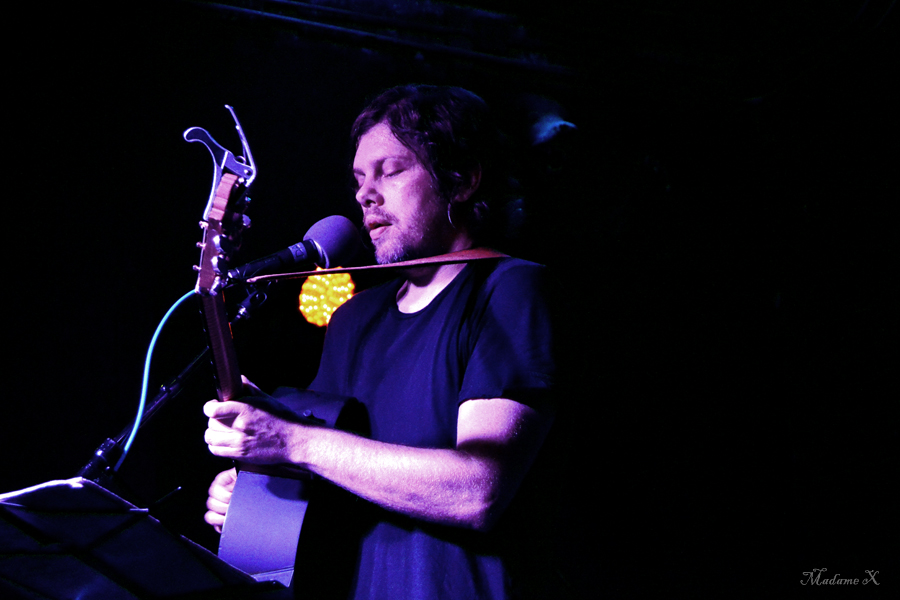 This was my virgin glimpse of Dax performing on stage, not counting bootleg Acid Bath videos from the early 90’s. His interaction with the audience was minimal. There was no eye contact, no banter, only mumbles under his breath. Fans begged to hear “Dead Girl” to no avail. Dax teased with a few familiar chords throughout the night but he never gave in to the demands or pleas. Women and men professed their love to him. A loud, long haired hippie yelled that he wanted to have Dax’s baby and followed with redundant requests for “Dead Girl”. The only time I witnessed Dax crack a smile was when a sassy female told the hippie to “Shut Up!” 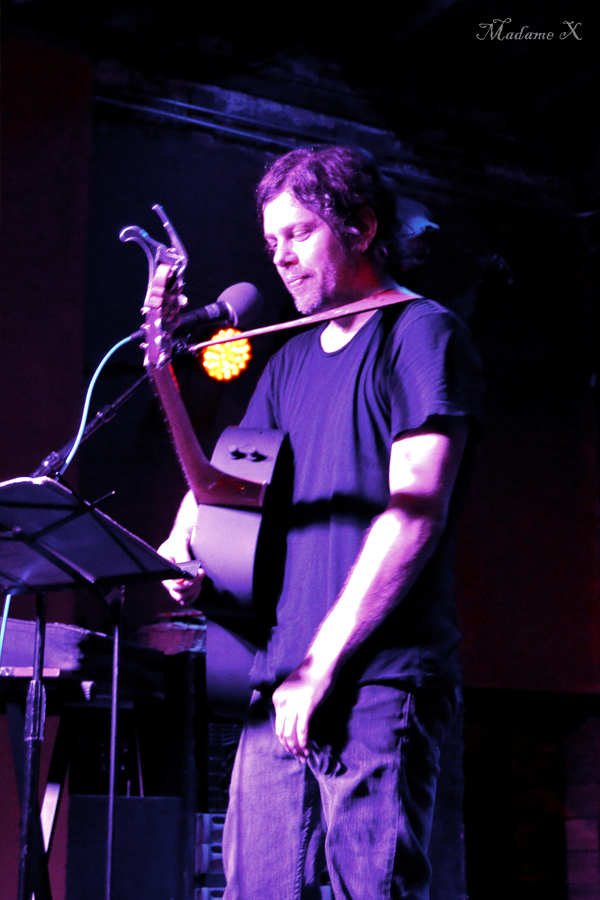 Another man shouted “Hail Satan!” Dax’s response was to mumble under his breath what sounded like “Why the hell not?” His detachment proved insignificant, because when Dax sang and played his matte black guitar, his soul opened to us.  It was pure perfection. The melodic “Like Moonlight” sounded painfully beautiful. “Gloomy Sunday” beckoned my mind to a retreat under the covers. He thanked the audience and played an encore of even softer songs as if to tuck us in. The loud hippie offered a shot to Dax which he gladly accepted. Then instantly he vanished to wherever it is that this god of music slumbers. 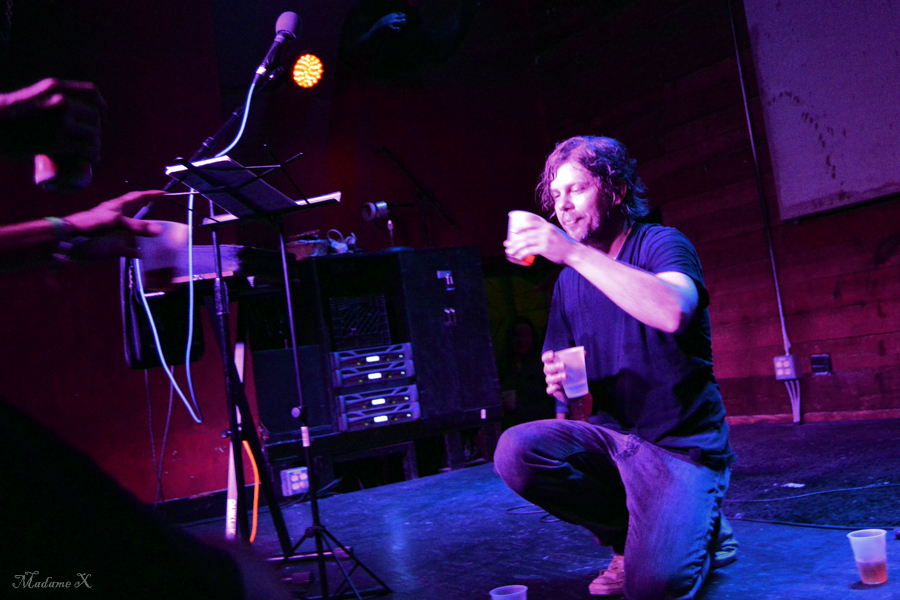 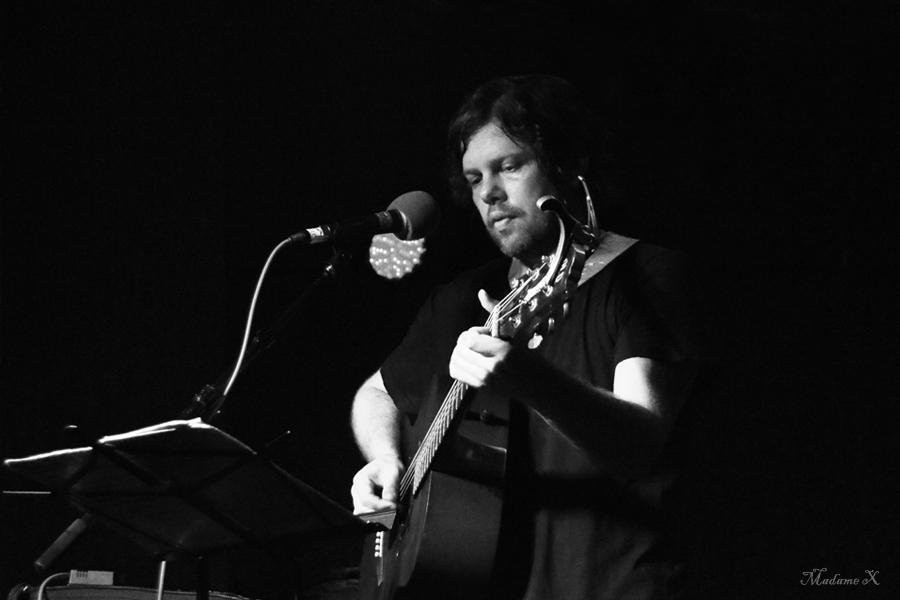