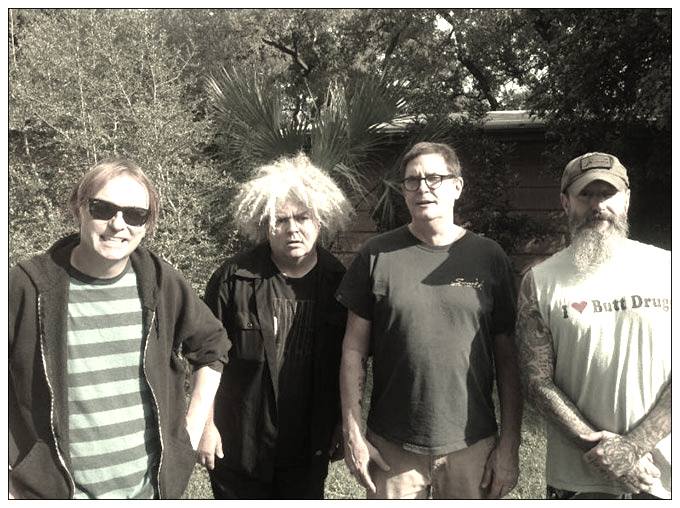 WW: You recently toured with the Melvins in support of their 20th studio album, Hold It In, where you contributed 3 songs, plus guitar and vocals. How did the tour go?Leary:  I don’t know, I wasn’t on any tour…lol.  I don’t like to go on tour any more.  I don’t know how those guys keep doing it.  They seem to enjoy it.WW: How did you hook up with the Melvins? Via Pinkus (Jeff Pinkus)? Or did they approach you? Did it seem like a natural fit from the get go?Leary:  Pinkus called me on the phone. I jumped at it.  I’d already been working on three songs at my house, wanting to do a record, and these guys just fell in my lap.

WW: How did the writing process and collaboration on Hold It In transpire? It almost seems that with 4 such talents in one place that there might be a clash of the egos…but it seems that the creative mixture was a success! 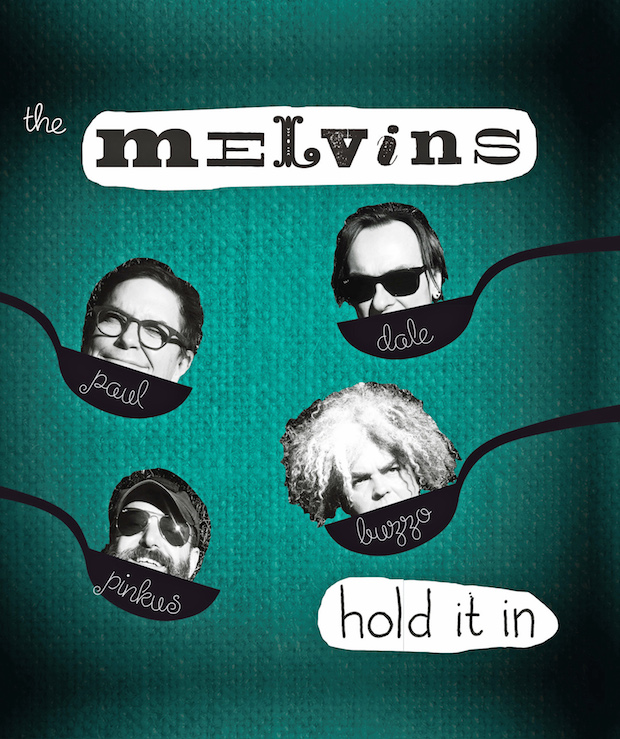 Leary:  Well, the songs were pretty much written, so the collaboration was a matter of hanging out and having fun and getting it all recorded.  There were no egos, we were all just happy to be doing what we were doing.

WW: Are you a permanent member of the Melvins now? Or was this just a one-off project?

Leary:  I don’t know about permanent, but I’m always going to claim to be a Melvin from now on. I’m actually in three bands now.  My new band Cocky Bitches has an album in the can and its coming out soon.

WW: Since the Butthole Surfers, you have spent most of your time as a producer. Are you stoked to be rocking again?

Leary:  I don’t think I am rocking again.  I spend most of my time in my home studio.  I mix there, produce there, and fart around there.  I only leave to go to the store or ride my bicycle.  My studio is a lot of fun, and I get to watch Judge Judy and sports on TV. 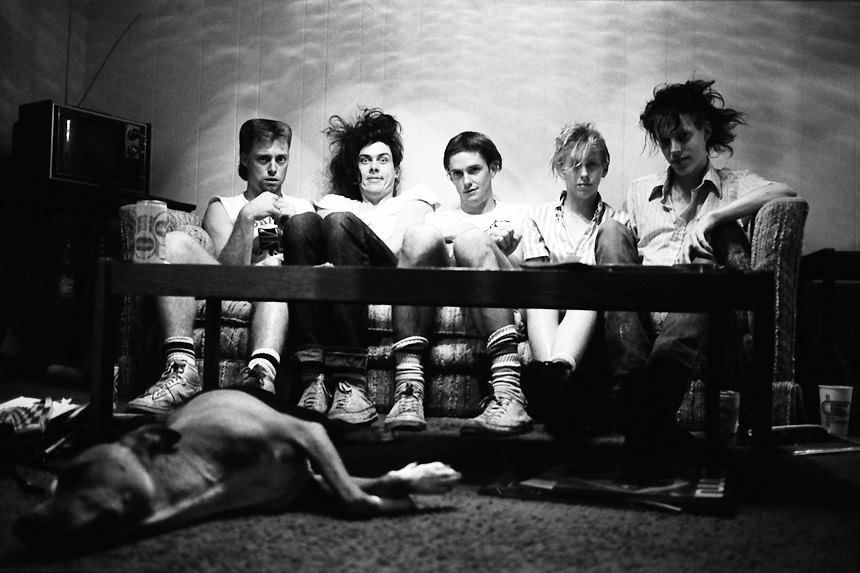 WW: How would you describe working with Buzz (Osborne) and Dale (Crover)?

Leary:  In addition to being great musicians, they are also really really nice guys.  They will bend over backwards to deliver what you want out of them, and are most gracious about getting what they want out of you.  Same goes for Pinkus.  It makes for a really pleasant experience overall.  No negatives or anything remotely close to a negative.

Leary:  No, Jeff sucks.  Just kidding…  I adore Jeff.  It was absolutely cool playing with him again.  He’s always been a really fine bass player, but I’ve been blown away that he is even better now, he just kills it.  I want more. 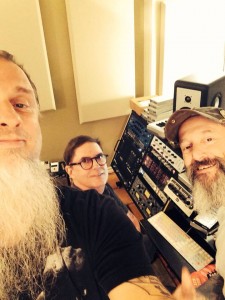 WW: You have produced albums for a variety of bands (Meat Puppets, Daniel Johnston, Reverend Horton Heat, Bad Livers, etc.). How did you make the transition from the Butthole Surfers to producing?

Leary:  I was pretty much producing the Butthole Surfers.  We’re a band of freaks.  The transition was getting used to different freaks.  But the process is the same.  I was already friends with my first outside productions, that helped.

WW: Did you have any formal training? Or did you just learn over the years with the Buttholes?

Leary:  Some formal training would have been nice.  I just learned over the years.  Still learning.  I don’t even know why, I fucking hate music.

WW: What have you been working on lately?

Leary:  I’ve spent a long time working on the Cocky Bitches album, which is in the can now.  It would probably be out now, but I got sidetracked working on a new Sublime With Rome album.

WW: I read that you worked on John Paul Jones’ 1999 solo album Zooma, and the accompanying tour. How did that come about?Did you guys keep in touch after he produced Independent Worm Saloon?

Leary:  We became good friends during the making of Independent Worm Saloon.  I played some guitar on one song from Zooma. Their tour came through Austin, and I went to see him.  I went backstage before the show, and he was taking his shirt off, so I gave him a “Texas Titty Twister”, which was a bad idea.  He called me a bastard and swung at me.  I pulled my head back just in time to avoid being busted in the chops.  Now he doesn’t talk to me any more. 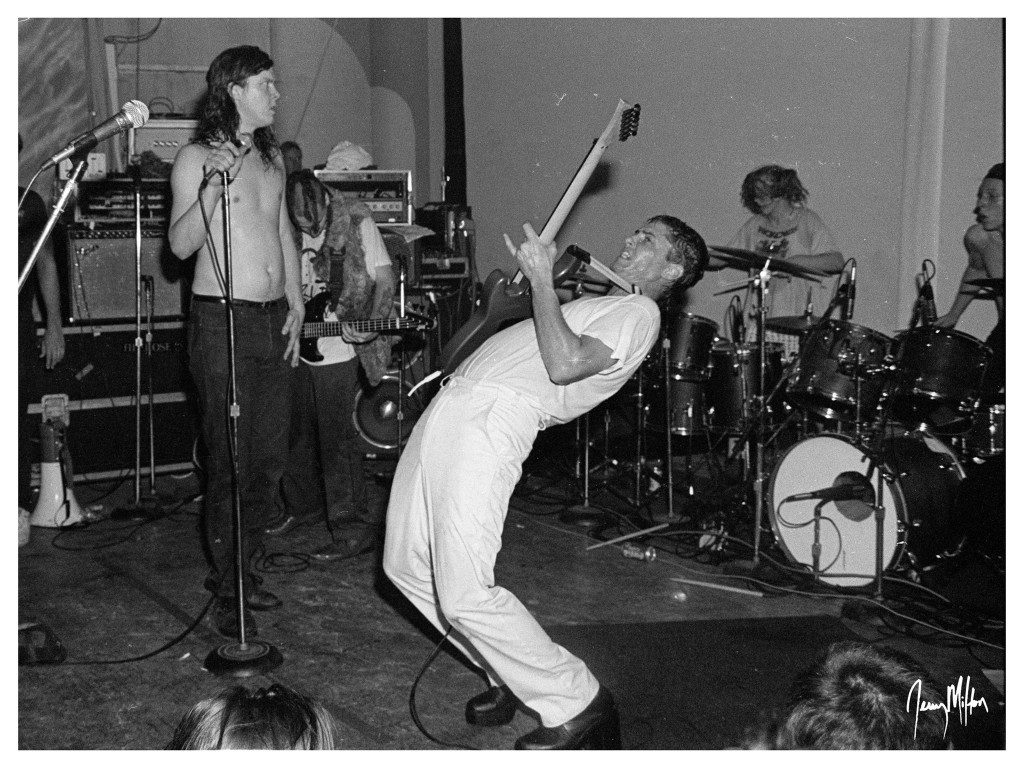 WW: Currently, what are your two favorite albums that you have produced? What is your least favorite?

Leary:  Album productions become love affairs.  So I don’t have a least favorite.  I’m kinda proud of Locust Abortion Clinic (Technician).  Proud of The Burning of Rome.  I’m also proud of Sublime. I always wish I could have done a better job. 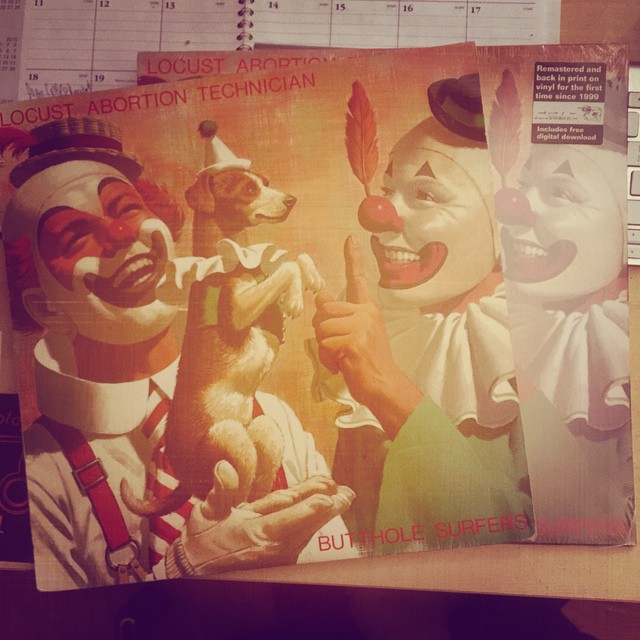 WW: Currently, what are your two favorite albums that you have been on?

Leary:  I played some guitar on Sublime self-titled…  And Daniel Johnston’s “Fun”.  It’s hard to pay attention to albums after they’re done.

WW: How would you describe Hold It In…in 5 words or less?

Leary:  This is embarrassing, because I haven’t actually listened to it yet. I just have memories of working on it.  So I’d have to go with “what the fuck”. 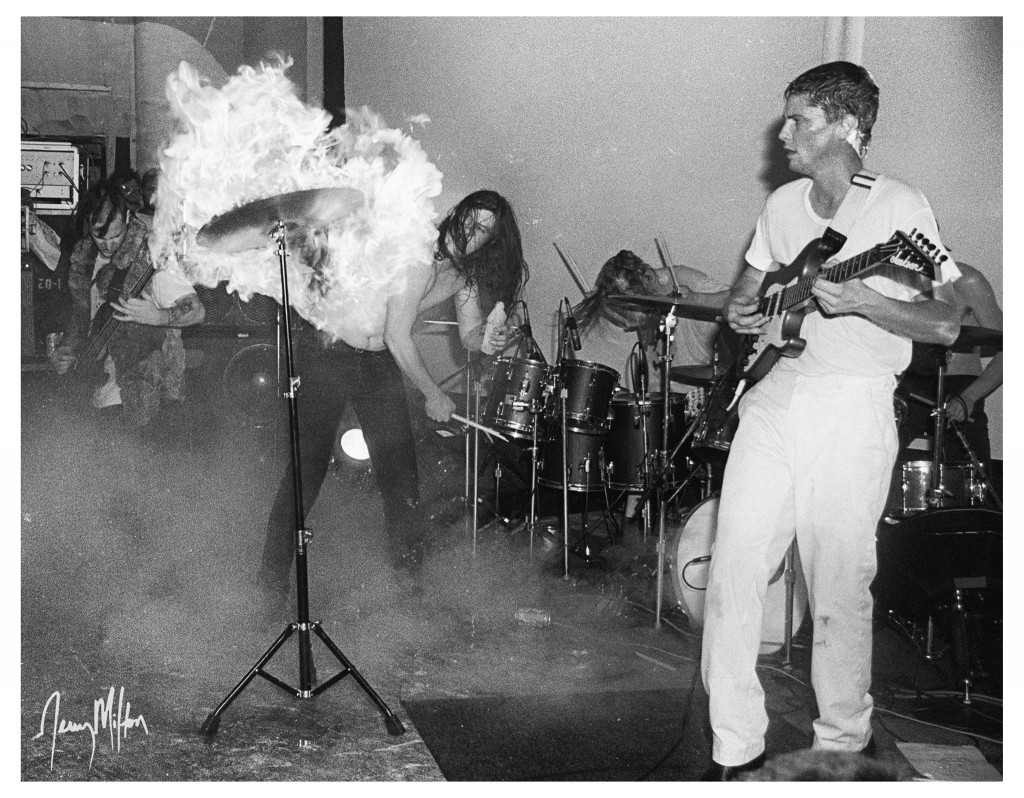 WW: Who / what first inspired you to want to play music? What was your first instrument?

Leary:  Seeing girls going crazy for the Beatles inspired me.  I saw girls chasing them down the street and immediately talked my dad into getting me an electric guitar.  I’d already been playing acoustic guitar for a couple of years, having been inspired by Chet Atkins.

WW: You are most well-known as the enigmatic guitar player for the Butthole Surfers…What’s up with the Buttholes? Any chance of some more reunion shows? Or a new album (yes please)?

Leary: I’ve been wanting to make a new album for years.  Probably no shows any time soon.  I just don’t like doing that any more. 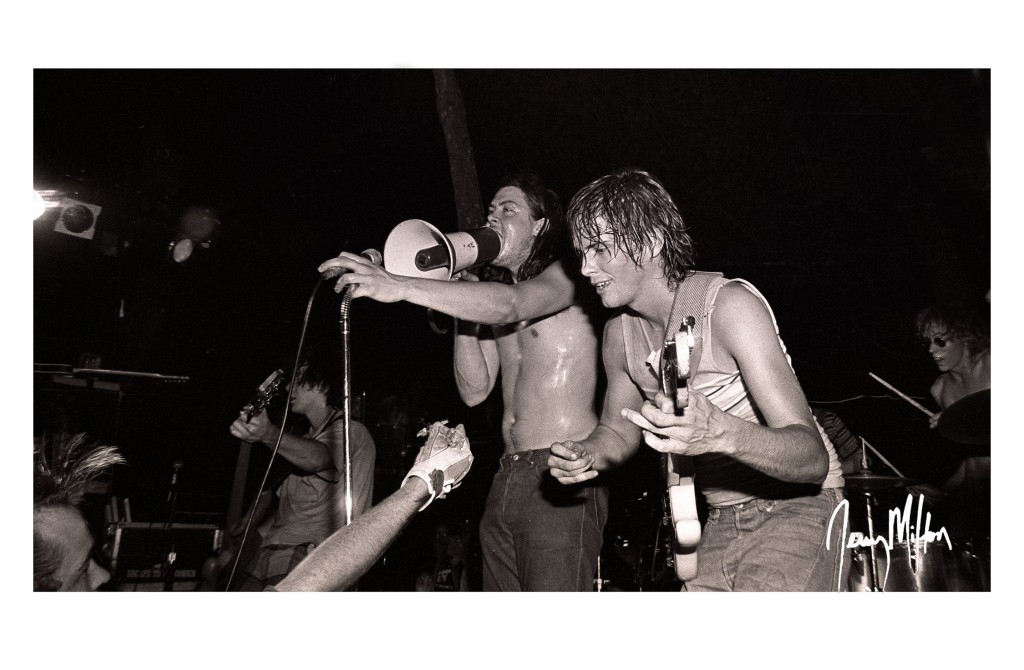 WW: Are you involved in any other musical projects presently??? Or is your schedule too hectic?

Leary: I’ve mentioned The Cocky Bitches. But I have also started recording material with Josh Freese. Hopefully others will collaborate on that project as well.

WW: The music industry is drastically different today, than when you first started out. What do you like about its transformation? Dislike?

Leary: I don’t understand the music industry today.  But I never did understand it, so I just try to ignore it.  I disassociate the work I do with the checks that come in the mail.  I think it was a special time that allowed bands like the Butthole Surfers to survive and have careers.  I don’t think the Butthole Surfers could make it starting out today.  Which is either a good thing or a bad thing…

WW:What’s your definition of success in rock-n-roll?

Leary: When you don’t work a job, don’t starve to death, and live to see your fortieth birthday.

Leary: Well, I just finished the new Sublime With Rome album, so looking forward to that coming out in June.  There is a new Cocky Bitches album to drop. In July I go out to Sonic Ranch to record with “Ballyhoo!”. Hopefully the rest of the year will be spent riding my bicycle, having fun in my studio, and watching Judge Judy every afternoon from 4:00 to 5:00.

WW: Final words of wisdom to your fans out there?

Peary: Yes. And I say this with all seriousness.  I am convinced that the moon is an alien spaceship.  Most people scoff when I mention this.  If you consider the facts, it makes total sense.  They hide in plain sight. 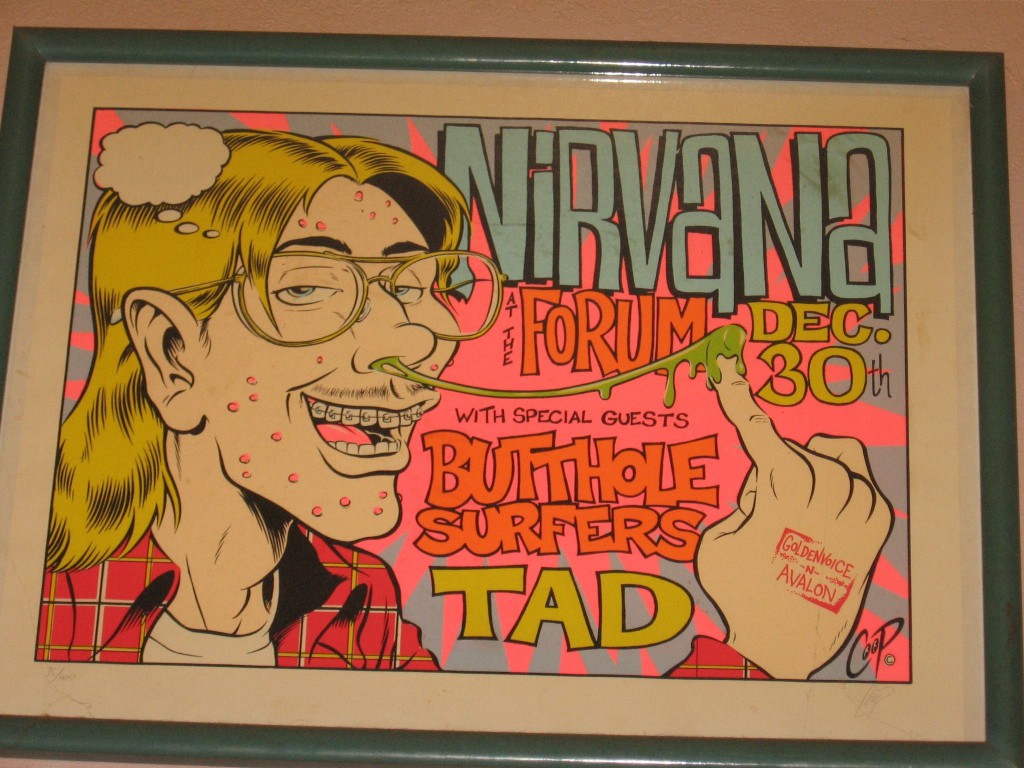