“Scumbag” The Movie by Mars Roberge 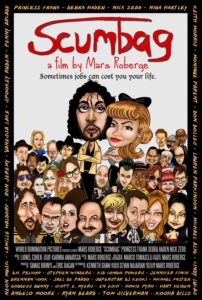 Everyone has had that one job, the one that was a little bit not so on the level. The one you had when you and your life was somewhat legal at best.  This is a movie about that job, well one of those jobs. The people you meet while working at that job, that and a musical number. 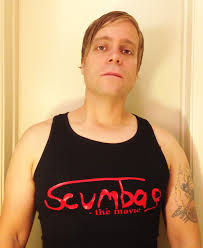 Director Mars Roberge first movie was “The Little House That Could” about Patricia Field whose name might ring a bell if you are a fan of “Sex in the City.” It’s also a time travel piece back to the club kid era of the Nineties in New York City. He filmed this while working at her Patricia Fields store in New York over many, many years.  He recently won the The Audience Award for Best New Film at last years New Filmmakers Festival Los Angeles. The story for “Scumbag” is a personal one about that job in his life.  He spent several years and most of his money on this production, who says the whole using your own money and credit cards to fund a movie is dead. 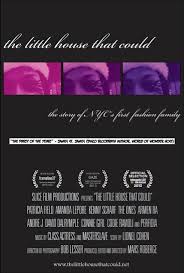 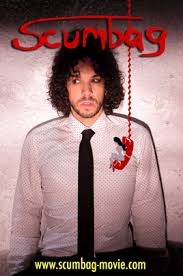 The list of actors includes many names that take you back to your record collections. Such names are Keith Morris of Black Flag, Circle Jerks and currently OFF!, Jennifer “Precious” Finch of L7, Howie Pyro of D Gerneration, Kid Congo Powers of Gun Club, Cramps and the Pink Monkeybirds, D.H. Peligro of the Dead Kennedys, Don Bolles of the Germs and almost every other band. There are people who will have you and your special someone revisiting your porn collection with stars like Ron Jeremy, Nina Hartley and Cindy Lucas. There are so many people in this film that I would be writing for the next month straight if I were to give them all credit.  Take a look at the movie poster…it’s mostly names. 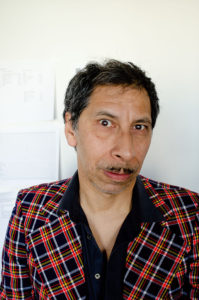 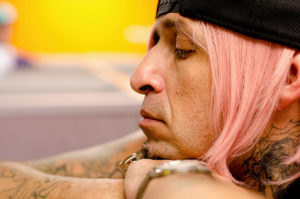 There will also be a double soundtrack CD one titled FUCK which will contain the punk music and the other titled WALK with remixes to walk the runway to. There will be a photo art show at Lethal Amounts in Los Angeles which will contain still from the film. This is the way to work a film. There will be parties, art shows, albums and showings, Mars is going to be a very busy guy for a while he said he expects to be working with this film for at least the next couple of years. 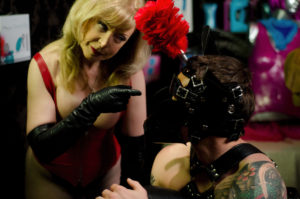 I asked him if he felt accomplished in the fact that he wrote it, and fund-raised as well as funded, and edited it. His answer was “definitely yes,”. He sounds a little tired, he sounds a little excited. Overall I would say that this has been a big and satisfying work of love (sometimes exhaustion) for Mars. He is a gifted movie maker, d.j., and lover of music and film. He is all the things I believe that it takes to be good at anything creative, he has lived. How are you going to make a film worth seeing, unless you have lived. 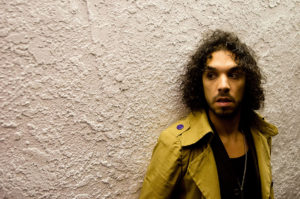 So here is from us to you Mars, we wish you all the luck in the world with this film and the next one we know you will make.  Oh yes he is also working on a Film Making manifesto, so move over Lars Van Trier.