“Music from the Elder” and “Flush the Fashion”: KISS and Alice Cooper on the Threshold of the 1980’s…by Jesse Sundvall

The beginning of the 1980’s were a tough years for the arena rock acts of 70’s that had spent most of that decade experiencing skyrocketing album and concert ticket sales. It was an era that saw many of these once dependable groups going through creative and personal growing pains that would prove to be the end of some their careers. Led Zeppelin‘s “In Through the Out Door” and The Who‘s “Face Dances” are just two examples of once great bands sleepwalking so badly it makes me dozy just mentioning them. KISS and Alice Cooper were also dealing with these issues concerning creative ennui that would take one artist in an interesting direction, while proving a somewhat of a dead end for the other. 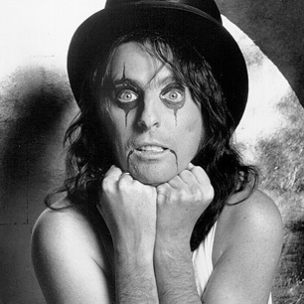 Alice Cooper had just achieved a triumphant success with “From the Inside”, which had chronicled Vincent F.’s recent stint in the nut hatch as a result of alcohol abuse. The album and consequent tour were both a success, even producing a Marvel comic book depicting a “Tales from the Crypt” parody of the stay in the sanatorium. Sober and rejuvenated, Furnier decided to embark on a new phase for Alice that would lean heavily on punk and new wave influences.”Flush the fashion”, as the new record was titled, would bring a new sound to the Cooper discography while retaining his trademark acid wit and disdain for society at large. 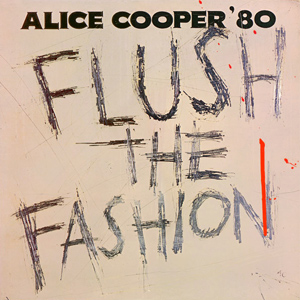 Most notable of the tracks on the album, “Clones (We’re all)” really marked a departure in style , capturing a cold dystopian feeling that reminds one of Gary Numan or early Killing Joke. The song still has been covered by both Smashing Pumpkins and The Epoxies, proving its lasting musical influence. Other strong songs are “Pain”, “Model Citizen” and “Aspirin Damage “, and a great cover of the underappreciated garage rock gods Music Machine‘s “Trouble”. Produced by Roy Thomas Baker, who was responsible for Queen‘s most popular albums and also discovered The Cars, the album turned out to be a success critically and financially. Despite this artistic and personal victory (having just reunited with his wife and experiencing the birth of his first daughter), Furnier once again fell prey to his alcoholic self-destructiveness. Suffering a relapse during the recording of his next record “Special Forces”, Alice Cooper would enter a phase for the next three albums that he dubbed his “blackout period”, later not being able to recall touring or making them.

1981 was a unsure year for the usually bankable stadium gods KISS. Although 1979’s “Dynasty” had gone triple platinum, the following album “Unmasked” proved to be somewhat of a misfire due to the band’s continuing foray into the thankfully short lived “disco-rock” period. An added setback of Peter Criss being absent on both albums (due to damaged hands from a car accident, Anton Fig from David Letterman’s Latenight band had played in his absence.) and outside influences meddling with the band’s creativity demanded that a drastic re-haul be implemented. After firing Criss due to his erratic behavior supposedly caused by painkiller and alcohol abuse, KISS hired talented unknown Eric Carr to replace “The Cat”. “The Fox,” as Carr’s band persona was named, was a more than adequate replacement, bringing a 1980’s metal double bass drum sound to the mix. Gene Simmons and Paul Stanley wanted the next album to be a concept fantasy focusing on a young disciple’s training by a shadowy ancient order to combat an unnamed evil. Ace Frehley balked at this somewhat hokey mixture of half baked rock opera, wanting to get back to the stripped down kicked assed-ness of their last legitimate good album “Love Gun”. Unfortunately, with the departure of Criss, Frehley’s opinions had been outnumbered 2-1, as Carr’s new guy status didn’t allow him input concerning the band’s fate. Bob Ezrin, longtime Alice Cooper producer (He also worked on “Destroyer” and was hot off having a hit with Pink Floyd‘s mammoth hit “The Wall”) was to bring his magic to the new album titled “Music from the Elder”. 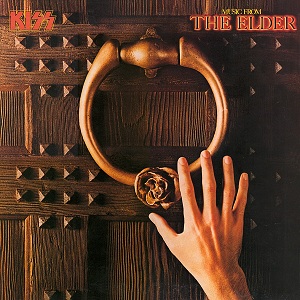 Ezrin and the group recorded in secrecy in three different cities, allowing no contact with their management or Casablanca records.When released in 1982 the album was met with lukewarm reaction from the critics and extremely negative reception from fans. Nobody wanted to see KISS’s tepid disco era followed up by a pompous attempt at late era prog-rock. This added to the fact that there would be no tour supporting the record and the group’s own management requesting to not be featured in the liner notes made the entire experience KISS’s first unqualified bomb.

So is the album a complete disaster? Tracks like “The Oath”, “Mr. Blackwell”, and “Dark Light” still retain a heaviness and tight, no bullshit rock that most KISS fans love. Maybe if there was less Paul Stanley trying out a new falsetto style of singing and more Ace Frehley being allowed to Do What He Does Best the album would have been more of a success. In a interesting sidenote, “Starchild” and “The Demon” decided they didn’t like some of Ace’s leads and them cut out of the recording. All in all, the album was obviously doomed from the start. 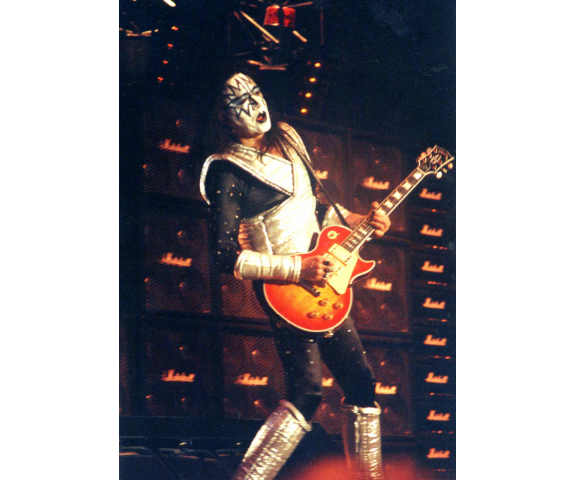 “Music from the Elder” has garnered new fans recently, some younger without the baggage of being raised on the pre-1978 golden years, some older viewing the album with fresh ears. An independent film based on the album’s concepts has even been made and is expected to be released in 2014. The only question left to be asked now is where will 2020 leave some current bands entering their career’s second decade? An Arcade Fire double live Dubstep rock opera? A Jack White barbershop quartet revival album?Only time will tell….