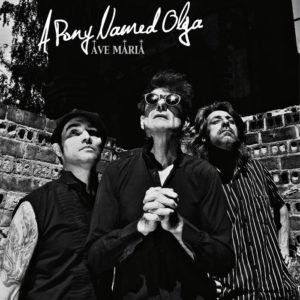 A). How does a band based in the first major nation to tell the Catholic church to go fuck itself end up naming both a song and album “Ave Maria?”

B). I thought Heinrich Heimpel, the so-called “Butcher of Budweiser” had fled to Argentina decades ago.

Okay, that’s the only Nazi joke. Herr Heimpel has taken care of any fascist barbs himself with his self-denigrating “Hillbilly Fart.” Probably better than “Hillbilly Hitler.” If I’d been called both, I would go with less genocidal choice too.

This record from Berlin via San Antonio thanks to a globe-trotting Hickoid opens with the optimistically titled “The worst is yet to come” and closes with “When the Pain Turns to Sweet.” In between are songs of anger, sadness, joy and wanton apathy.

Leave it to a Deutschmann to distill the futility of existence into a punkabilly record with 14 points of view in less than 40 minutes.

German efficiency at its finest.